"A raunchy art rock musical stage performance group sure to offend, inspire, and confuse the hormones of all sexes."
- Dave Roy of Southmore House 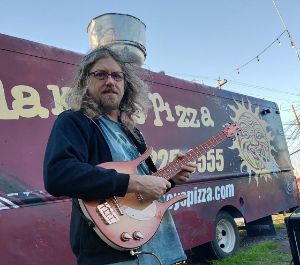 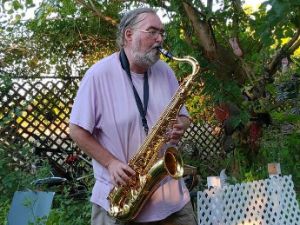 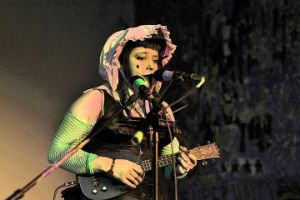 Began playing live drums sporadically since 2016.  Produced and performed a variety of instruments on the 2022 album Over and Under.
Christopher formerly performed lead ukulele with tropical Hawaiian act The Grass Skirts and releases solo albums under the moniker Blue Peterschnitzel. 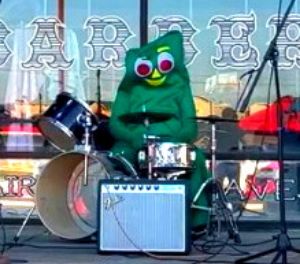 Puppetrina is a 1963 Eegee Puppet Doll who was designed by famous Sculptor Neil Estern. She is leader of The Puppetrelles All Girl Puppet Band which consists of some of her many Sisters , cousins and Sister Cousins who are all puppetrina dolls. Poopy Lungstuffing has been her Helper gal since 2008 when she was broken out of rehab. (Purchased from Ladies Catholic Charity Guild thrift store for $4.50). Puppetrina enjoys hunting down Sugar Daddies and trying to get $5.
A frequent live performer, Puppetrina composed and sang Swimming Away (Mermaid Zombie Lament) on the 2022 album Over and Under 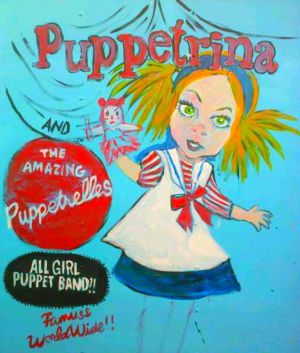 Past and Sometimes Band Members 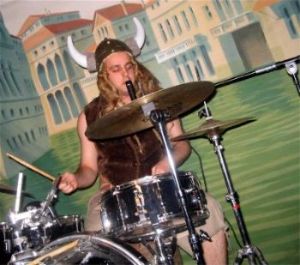 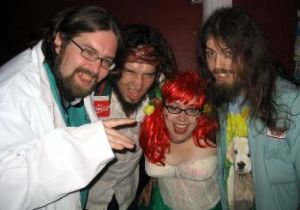